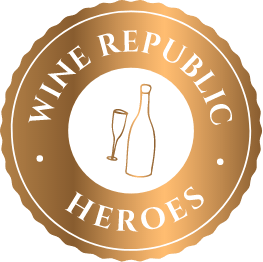 The name Anaperenna takes its name from the Anna Perenna, the Roman goddess of the New Year. This superb blend is produced from 82% Shiraz and 18% Cabernet Sauvignon with maturation taking place in 100% new oak (92% French and 8% American) for a period of 16 months. The fruit is sourced from the Barossa sub-region Ebenezer with the vines varying in age between 30-130 years old.

Impenetrable inky black core with a dark crimson black hue. Pronounced aromas of liquorice, blackberries and ripe blackcurrant bound from the glass followed by some dark plum, dark chocolate, subtle vanillin cedar and spice. Powerful, explosive and quite luscious flavours of blackcurrant, blackberries and liquorice greet the front of the palate over a backdrop of dark chocolate, cedar and spice. The wines decadence and richness balanced against a solid yet velvet like tannin structure. Superb depth with a long persistent aftertaste of liquorice, blackberry, cassis and spicy cedar.

Why we love it

A magnificent blend of Shiraz and Cabernet with the rich opulent nature of the Shiraz perfectly tempered by the Cabernets structure and elegance.

The exceptional fruit for all Glaetzer wines is supplied by a loyal group of third and fourth generation Barossa grape growers and comes from a small sub-region (1.5 sq miles) of the Barossa Valley called Ebenezer. The dry-grown vines range from 30-120 years old and are a unique part of Australia’s viticultural heritage; producing wines of great intensity and elegance.

Ben has won many awards for his efforts including; Robert M.Parker Jnr –  ‘Wine Personality of the Year’ and ‘Qantas Young Winemaker of the Year’ among others.